In a rare video appearance, Hollywood legend Actor Mel Gibson released a 5-minute video on Friday September 10, 2021 in support of the 'Coalition for Canceled Priests,' ( canceledpriests.org ) who were holding a rally in Chicago with Fr. James Altman.

Gibson remarked that "a very deep sickness afflicts the church" and that it's "a grave injustice" and a "form of white martyrdom" when a priest is cancelled, which Gibson points out "is nothing new."

"Who's persecuting them? Well their own bishops," he said.

"If one of their priests utters something that resembles Orthodoxy, then they spring into action, reprimand him, bully him, and they do their best to cancel him. And succeed. They drum him out of the service, ya know. Off he goes. I'm really sorry about that. Its a grave injustice and a kind of white martyrdom."

Gibson noted that he is a sinful man, "I'm as venal as any other man," but that he can recognize the difference between a shepherd and a hireling.

Gibson noted that these bishops are "an insipid bunch" and asked "And my question is like, who's hiring them? I don't think it's Jesus. Is it Francis? Who's hiring Francis? Is it, is it pachamama? I mean I think you need to look at the whole institution."

He then goes on to discuss His Excellency Cardinal Vigano, Vatican II, and the Latin Mass, which he noted "can not be abrogated."

Gibson added "I remember when I directed the passion I went to the USCCB to get support for the film and those those men couldn't get away from me fast enough. And all but a few of them turned their back on me. It was pretty telling about who they were."

Gibson concluded that he will financially support the Coalition for Canceled Priests and that "The gates of hell will not prevail against" the church.

Gibson met earlier this year with Fr. James Altman and Fr. Dave Nix, a meeting which had not been widely publicized.

Popular posts from this blog

FatherAltman.org Yet another Catholic priest has been 'cancelled' for daring to criticize the LGBT-friendly hierarchy, pro-abortion Biden, Pope Francis and the covid protocols. Fr. Francis Gloudeman is a great priest with the Norbertine order in Orange County, California. He recently had his faculties removed after giving a homily that went viral at San Secondo D'asti, parish in Ontario, California, (colloquially referred to as 'Guasti,') a parish he helps out at. Unlike most of the other persecuted priests who are at least warned or admonished first, the hierarchy seemed to drop the hammer quickly on this one. Fr. Francis is a priest whom I know, he has served my dad's parish for 20 years! I've always liked him, Fr. Francis is a great homilist and confessor. He tells it like it is, as you'll see in the homily below. In June he gave the homily which went viral, in which he admonished San Bernardino, CA bishop Alberto Rojas for being one of 14 bish
Read more 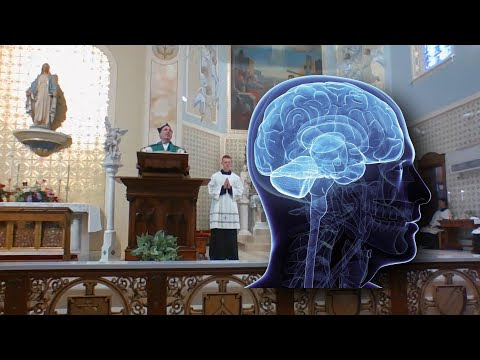 Welcome to FatherAltman.org! 🙏🏻😇 July 22, 2021: This site has the blessing and approval of Father Altman. My wife and I had a meeting with him 2 weeks ago. When I told him about my idea and showed him the site this morning, he texted me with this reply: "God bless you both. Certainly it is ok. Thank you for your witness of Faith to me. Let us keep the Faith no matter what (Rom 8:28)" Fr. Altman Interviews & Speeches Please note: FatherAltman.org is not owned, managed, controlled, edited, paid for, or affiliated with Father James Altman. We are simply Catholic supporters of Fr. Altman. We love his zeal and pious devotion to the truth of The One Holy Catholic Apostolic Church. This site will serve as a compilation of the best Fr. Altman homilies and interviews, as well as a means of communication for supporters in case other platforms (such as the'Friends of Father James Altman' Facebook group ) are cancelled. Please feel free to sign up fo
Read more

FatherAltman.org Catholic priest Fr. Stephen Imbarrato delivers a great rant admonishing the bishops who obeyed the government and denied our dying loved ones the last rights in nursing homes and hospitals during that past year and a half. He then discusses the pope pushing the immoral vaccine promoted by "BABY-KILLING, SEX-PUSHING CORRUPT GOVERNMENTS!" This is a must-see. "...They couldn't get their last rites, they are isolated isolated from their families. Pure evil, and the bishop said nary a word about it! "...You know, the more I think about it, this really upset me. The Audacity Of The Bishops! The Audacity Of The Bishops! To first of all allow our senior citizens, our families who are in the hospitals, who are in the nursing homes, right? to die isolated! Shame on you bishops! Shame on you ! "Any Bishop that allowed that to happen in their diocese, you need to get to confession and repent of that sin!! You want to talk about a grave sin? If
Read more